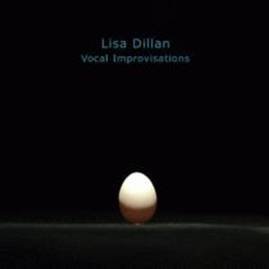 All compositions, lyrics an improvisations by Lisa Dillan

"Vocal Improvisations" was listed as one of the ten best discs of 2005 by the Norwegian music magazine "Ballade". In her solo project, Lisa works with sonic extremes and break points between raw and beautiful, between relaxation and tension. Lisa works with her microphone, and without any other electronic adaptations.

"This bare soundscape gives a feeling of rest; nothing can distract the essence of minimalism in music. Sound that it is difficult to identify in the audiovisual overdose we are injected with every single day. Songs like Knirk reminiscent of silent nights in the woods - only the sound of a lone grouse blend into silence."

"Only accompanied by a glass and an orange has Lisa Dillan with her debut album delivered a playful and daring piece of music."